Quite often, a lot of people find themselves confused about whether they should practice yoga or pilates. The two might appear to be similar, but each does have its differences and advantages. Nonetheless, if you are stuck wondering which is better among the two? Here’s a guide on both yoga and pilates.

To fully understand these two workouts, we must first define each. Pilates was introduced by Joseph Pilates during the 1st world war. It was meant to help wounded soldiers recover. It composes of slight movements that work the back and core muscles. Every exercise begins with controlled breathing which aims at contracting the core muscles. Similar to yoga, it is practiced on a mat.

Pilates can aid increase flexibility, strength, improve body posture, alleviate joint pain and much more. These exercises can also be done using specialized equipment that uses springs and levers. It is mostly referred to as a resistance exercise. Pilates are governed by the following six principles; control, concentration, centering, precision, breathing, and flow.

Yoga is a bit more popular than pilates. Unlike the above, yoga was invented thousands of years ago. Its origin is however linked with the religions found on the eastern part of the world such as Buddhism. Yoga involves relaxation, exercise, breathing, meditation, and diet.

Yoga advocates strongly for people to embrace mindfulness. It also comprises different types of poses and movements which can be taught in a yoga class. It’s a combination of both mind and body fitness. Over the years, yoga has aided combat mental ailments such as anxiety and depression. Conditions such as arthritis, multiple sclerosis, and high blood pressure can be treated by yoga.

Similarities between The Two

Although they are a bit different, the two do have some common similarities. One of them is that they both employ the use of focused breathing. Deep breaths ensure calmness during the practice of both yoga and pilates. The two also advocate for mental focus which helps minimize stress. Finally, both yoga and pilates can be carried out with little equipment such as a mat and a couple of other props.

What Are The Differences?

As mentioned earlier, the primary objective of yoga is to unite the body, mind, and spirit. The yoga instructors train you on how to merge these three elements by use of meditation and yoga poses. It’s an excellent way of exercising both the mind and the body. The reason why most physicians recommend yoga is that it not only relaxes your mind but it also gives your body flexibility. Yoga is an ideal way of getting rid of stress.

You should also know that it entails exercises done on a mat while using the weight of the body as resistance. To excel in these exercises, you must be focused and disciplined.

On the other hand, Pilates, despite also involving mind and body unity. They entail machine exercises. Pilates workout the entire body particularly the core areas with the aim of making them move freely. This, in turn, improves body flexibility and strength.

Another big difference between the two is that yoga mostly improves body flexibility thanks to its numerous poses. Whereas Pilates aim at relaxing tense muscles and giving the body strength and endurance.

The ultimate goals of both pilates and yoga do differ. In the case of yoga, the major objective is to relieve you from stress while improving your body by use of various techniques. Pilates work your body from the core while going outwards. This often results in improved strength and body awareness.

This is the most common question that people usually ask themselves. One thing that you have to know is that both are excellent workouts and can benefit you as mentioned above. Therefore choosing in between the two won’t be easy.

With the different poses associated with yoga, flexibility is a big challenge. Nonetheless, the poses can be tailored as per a person’s mobility. But, with yoga, you will be bettering both your mind and body. As for Pilates, the equipment required can be expensive and hard to use. Similar to yoga, the equipment exercises can be modified.

This, therefore, shows that they are all beneficial. The only way for you to know what works best for your body is by trying them both. The moment you enrol for yoga and pilates classes. You will familiarize yourself with what which entail and the benefits you will get. Most experts recommend that you practice both pilates and yoga for you to benefit more. 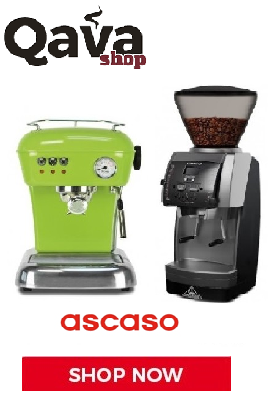